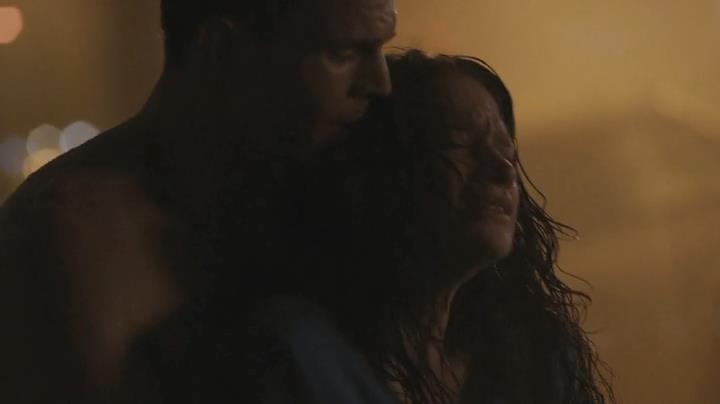 5. Jax Teller and Trinity Ashby – Sons of Anarchy, played by Charlie Hunnam and Zoe Boyle.
To be fair, they did not know that they were half-sibilings when they started making out. Luckily, their mothers intervened before things went too far into “Tig territory,” as Jax puts it. However, for me, the flirting that leads up to the making out is equally creepy because, as the audience, we know they are related.

6. Krista and Danny – Friends, played by George Newbern and Julie Lauren.
They never actually sleep together, but they touch each other inappropriately and appear to take baths together often. Of all of these relationships, I actually find this one to be the worst because, even though you do not see them cross that sexual line, they also do not understand people’s reactions to their behavior. At least everyone else on this list seems to know that they are doing something wrong.

7. Daenerys and Viserys Targaryen – Game of Thrones, played by Emilia Clarke and Harry Lloyd.
I usually try to restrict myself to one thing per show, but Game of Thrones has two sets of creepy siblings that I felt needed to be addressed. (And actually, Yara and Theon Greyjoy could also make the list). Nothing sexual actually happens between these two (that we know of), but Vicerys treats his sister as a sexual object, often touches her inappropriately, and offers her up to Khal Drogo and his army.

8. Cathy and Christopher Dollanganger – Flowers in the Attic/Petals on the Wind/Seeds of Yesterday, played by Kiernan Shipka & Mason Dye, Rose McIver & Wyatt Nash, and Rachel Carpani & Jason Lewis.
Yes, there were three different Lifetime movies about this family, with three different couples playing the siblings at different ages. Throughout their story, they attempt to have real relationships with other people, but by the end of the second movie, they are married and pretending to the world not to be related. Their mother and father were also siblings, so they did not really stand a chance at a normal life. I also have to say, there was a fan video of Cathy and Christopher’s relationship on YouTube that said “for my boyfriend” in the title, which creeps me out even more than the characters themselves.