I posted my list of new summer shows that I am excited about last week (and am already loving Preacher), so here are my favorite returning shows. What is everyone else watching this summer? Let me know in the comments!

1. Peaky Blinders, season 3 will be released May 31st on Netflix, stars Cillian Murphy, Helen McCrory, Paul Anderson, Joe Cole, Annabelle Wallis, Sophie Rundle, Harry Kirton, Finn Cole, Aimée Ffion-Edwards, Natasha O’Keeffe, Kate Phillips, Paddy Considine, Gaite Jansen, and Alexander Siddig. Season 3 picks up 18 months after the events of last season, on Tommy Shelby’s wedding day. It’s the start of the Roaring Twenties, and he and his aunt are trying to live right, while his brothers get mixed up in an international arms deal. I have really loved the first two seasons, and am reading that season 3 is even better, so I cannot wait. I am also excited for a little more of Tom Hardy’s Jewish gang leader, Alfie Solomons.

2. Kingdom, the second half of season 2 premieres June 1st on DirecTV’s Audience Network, stars Frank Grillo, Kiele Sanchez, Matt Lauria, Jonathan Tucker, Nick Jonas, Joanna Going, and Natalie Martinez. In these next ten episodes, Jay sets his sights on Ryan’s lightweight title belt, which will test Alvey’s loyalties and divide everyone at Navy St. This show just keeps getting better and better, and the entire cast continues to amaze me. If you are not watching this show, you are missing out on greatness.

3. UnREAL, season 2 premieres June 6th on Lifetime, stars Shiri Appleby, Constance Zimmer, Craig Bierko, Jeffrey Bowyer-Chapman, Brennan Elliott, Josh Kelly, and B.J. Britt. I was not sure if I was going to like this show when I started the first season, and then it blew me away. It is a behind-the-scenes look at a Bachelor-esque show, and there were so many twists and turns in the first season that it kept me on the edge of my seat the whole way through. I cannot wait to see what kind of drama and insanity Quinn and Rachel bring to another season of Everlasting.

4. Casual, season 2 premieres June 7th on Hulu, stars Michaela Watkins, Tommy Dewey, Tara Lynne Barr, Julie Berman, and Nyasha Hatendi. This comedy about a bachelor brother and his newly divorced sister living together and raising her teenage daughter is hilarious and heartwarming. Season one focused on dating and sex, while this new season focuses more on the difficulty of making new friends as an adult. The characters and the stories are layered, and everytime Hulu releases a new episode, I wake up excited to watch it.

5. The Last Ship, season 3 premieres June 12th on TNT, stars Eric Dane, Adam Baldwin, Travis Van Winkle, Jocko Sims, Charles Parnell, Marissa Neitling, Christina Elmore, John Pyper-Ferguson, Kevin Michael Martin, and Bren Foster. There is not a tremendous amount of depth to this show, it is really just a lot of fun. The characters are interesting, the action sequences are bad-ass, and there are hot guys *and* girls in uniform! What more could you ask for?

6. Zoo, season 2 premieres June 28th on CBS, stars James Wolk, Nonso Anozie, Kristen Connolly, Nora Arnezeder, and Billy Burke. The team is still looking for a solution to the crisis, as the danger escalates and the animal mutation moves to Phase 2. The animals have started attacking infrastructure and creating deadly environmental events in an attempt to make the planet uninhabitable for humans. The first season was intense and crazy, and I am very interested to see how they get out of this:

7. Killjoys, season 2 premieres July 1st on Syfy, stars Hannah John-Kamen, Aaron Ashmore, and Luke Macfarlane. The new season will follow Dutch, Johnny and D’avin as they attempt to unravel the secrets kept by Khlyen, Dutch’s former mentor. However, as dangerous as the Quad’s criminals are, these interplanetary bounty hunters soon realize that their biggest threat could be within the RAC (Reclamation Apprehension Coalition). It started to get a little confusing at the end of the first season, but they eventually pulled it all together and then left us with a crazy cliffhanger. What is Level 6?!?!

8. Looking, the movie premieres July 23rd on HBO, stars Jonathan Groff, Frankie J. Alvarez, Murray Bartlett, Raul Castillo, Russell Tovey, and Lauren Weedman. Okay, so technically this is just one big final episode, but I am super excited for this movie and that they will get the chance to wrap up all the characters’ stories. Patrick returns to San Francisco for the first time in almost a year to celebrate an event with his friends. While there, he must face the unresolved relationships he left behind and figure out what is important to him. I LOVED the first two season of this show and am sad that more people did not watch it. 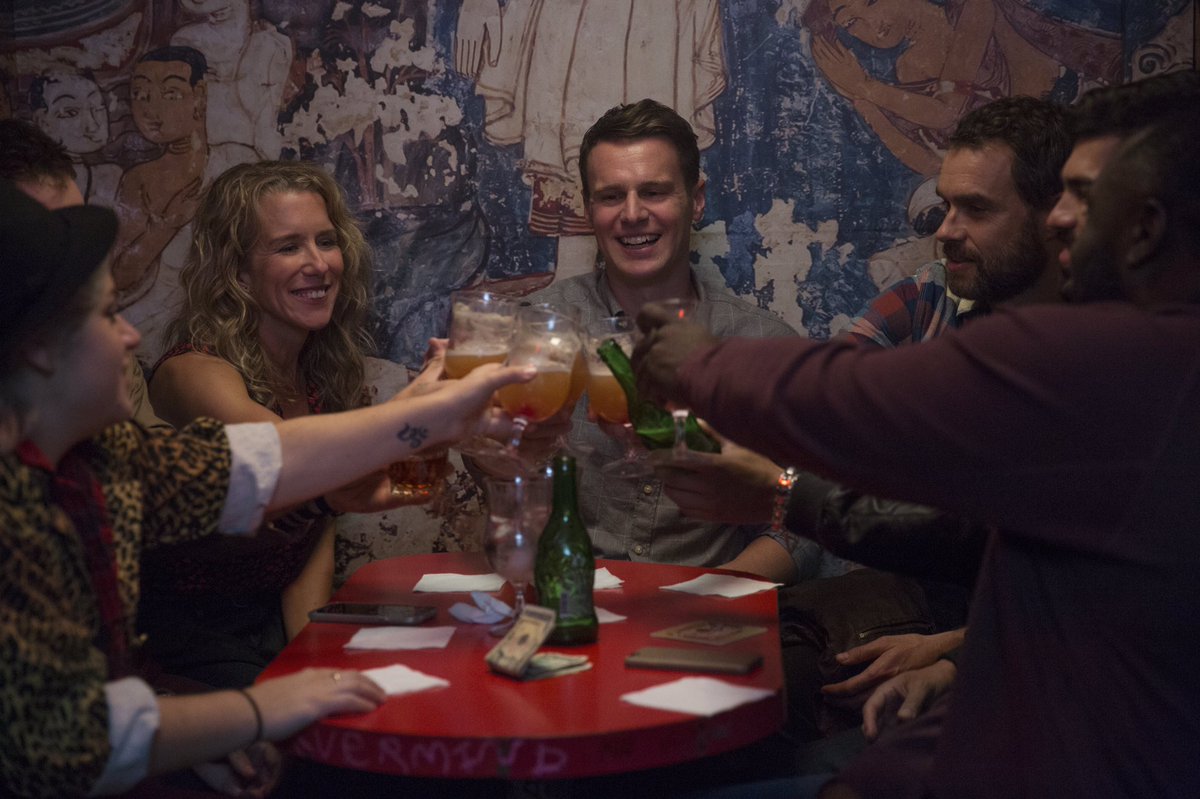