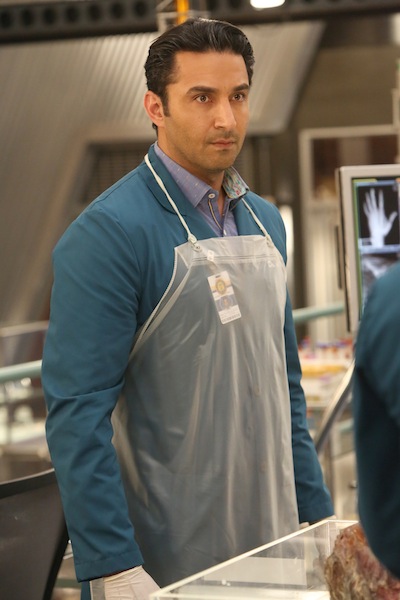 5. Sayyid Jarrah – Lost, played by Naveen Andrews
One of the survivors of Oceanic Flight 815. He is a former Communications Officer in the Iraqi Republican Guard. Before getting on the flight to Los Angeles, he is working with the CIA to take down a terrorist cell in Australia.

6. Raja Musharaff – Aliens in America, played by Adhir Kalyan
Raja is a 16 year-old Pakistani foreign exchange student who lives with a family in Wisconsin. When he first arrives, the family is expecting someone who is European and do not know how to react, but they soon learn from each other’s cultures.

7. Alison Abdullah – Orange Is The New Black, played by Amanda Stephen
Allison is a new inmate at Litchfield Penitentiary in Season 4. She initially clashes with her bunk mate Cindy over religion, but they eventually bond over their mutual hate of Scientology. I no longer watch this show, but I gather that not much is known about Alison’s background, except that she has a daughter.

8. Seth Wright – Designated Survivor, played by Kal Penn
Seth is a speech writer who becomes an advisor to President Kirkman, and is eventually promoted to White House Press Secretary. Because of the attack on the Capitol that killed the previous President, and the country’s assumption that it was carried out by Islamic terrorists, he is harassed by two D.C. police on his way to work.