These are my favorite quotes from the past week, mostly from shows currently on the air, but also other random things I happen to be watching.

The Leftovers
Nora: If we can’t have a sense of humor about you being the Messiah, we’re gonna have a problem.

Supergirl
Beth: You know it’s true what they say: behind every great man is a strong woman.
Lena: I wouldn’t know. I’ve never stood behind a man.

Jane the Virgin
Alba: You’re in a long term relationship with grief. But it has to evolve. And it’s okay to keep letting go. You have to.

The Flash
Barry: I need to talk to me. Do you know where he is?

iZombie
Liv: I believe God is a woman so, you’re really screwed.

Agents of S.H.I.E.L.D.
Daisy: For what it’s worth, I didn’t…I didn’t totally understand him until I met you. So, I guess…I guess there was some good in him all along.

Coulson: Hydra doesn’t think we’re smart enough to know when we’re being fed alternative facts to keep us afraid. To keep them in power. Remember, there are more of us than there are of them and, now that we know the truth, we have a choice to make. We all have the opportunity to be patriots. Will you take a stand? Are you going to hold them accountable?…A wise man once told me that a person can do anything once they realize they’re apart of something bigger. It’s taken me a while to understand that. For years, I was just a face in the crowd. A history teacher who spread Hydra’s lies. They seemed too imposing for any one person to fight. But now, I’m choosing to stand up. To become a part of something bigger. I really do believe that together we can accomplish anything. Because, the truth is, I’m not just a history teacher. My name is Phil Coulson, and I’m an Agent of S.H.I.E.L.D.

END_OF_DOCUMENT_TOKEN_TO_BE_REPLACED

Every once in a while, I have a rough week and need some cheering up. This happened to be one of those weeks as I lost one of my dear friends, so I thought I would share a few things from this week that made me smile and a few oldies that I use when I need to lift my spirits.

1. Charlie Hunnam’s Message for the Sons of Anarchy Comic-Con Panel For some reason, the actor was not able to be at the final Comic-Con panel for the show last weekend, so he sent this message to the fans.

2. Brian Williams Rapping Every single time The Tonight Show makes one of these videos, I pretty much watch it daily for about a week. I adore Brian Williams and they just keep getting better and better.

3. Justin Theroux drank a Yuengling on The Leftovers This probably excited me more than it should have, but that lager made this Philly girl very happy. 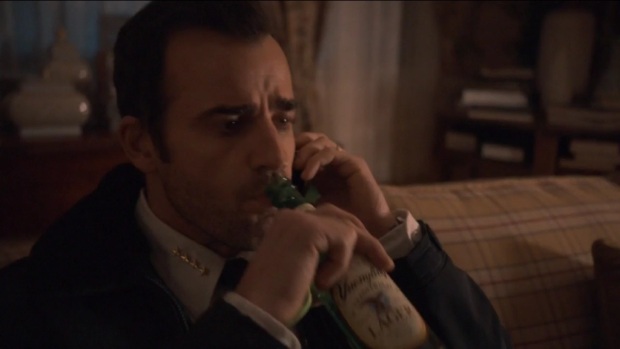 4. Enlisted Clips I am still not over the fact that Fox canceled this show and have my fingers crossed that something works out with Yahoo Screen. Aside from randomly watching clips, I also may have watched each episode more than once on Hulu.